I took this photo on July 24, 2017 outside Farmer John’s Slaughterhouse in Los Angeles. Farmer John, a subsidiary of factory farm giant Smithfield Foods, slaughters around 7,400 pigs/day1 and is the sole provider of Dodger Dogs – the hot dogs at Dodger Stadium.2 The main ingredient in Dodger Dogs is pigs’ meat.3

I went with Los Angeles Animal Save which holds a vigil outside Farmer John’s every Sunday night. They have an arrangement with the city and police where each truck stops for a few minutes before turning into the slaughterhouse. During this time, attendees rush to give water to the pigs and document the transport.

That night, about 20 trucks passed through, each carrying hundreds of young (around 6-month-old4) pigs crammed together. After a 100 mile-plus journey in un-airconditioned trucks,5 the pigs were so thirsty that despite their apparent confusion or fear, they shoved their snouts through the holes to better access the water. We bottle fed pigs on the two lower levels and used pump sprayers to give water to pigs on the upper level. As the trucks pulled away pigs were still trying to drink.

Before coming to the vigil, I had wondered what the point of it was. The pigs are going to die anyway.

When the first truck came I barely had time to take in the pigs’ condition – after a few seconds of me fumbling to make contact a pig was sucking at my water bottle and then before I knew it the truck was pulling away. It felt worthwhile – the act of slaking thirst. We all know what it is like to be thirsty to varying degrees. These pigs came from a factory farm and spent their few months alive in confinement. The view out of the crowded truck on this ride was likely the only glimpse of the outside world they ever saw.4 To give just a few moments of relief to these pigs felt like something.

Most of the vigil attendees were either giving water, handing water refills to those at the trucks, or taking photos or videos. An older man just placed a hand on one pig for the duration of each stop. There were several children whose ages seemed to range from 7 to 12. They were all business, rushing to hand off water refills or find a pig on the lower levels to give a bottle to.

I thought the trucks would stop at 2am – the time the event was scheduled to end. But every time I started to leave, another truck pulled up. Finally it seemed to be over. I was a block and a half away when I saw another truck on its way in traffic. As it braked a little too quickly for a stoplight a chorus of moans erupted.

At the vigil, I had sometimes worried we were causing anxiety for the pigs, especially for the ones who weren’t thirsty. Hearing this truck in traffic reminded me that the pigs have been through worse than a bunch of strangers cooing at them and giving water, if occasionally getting them wet with a poorly aimed water spray. Maybe I just wanted to make myself feel better. But from my strategic viewpoint, I believe that a few minutes of possible disturbance is justified if documentation of these pigs can help serve the goal of no longer bringing these animals into a life of suffering in the first place.

Outside the slaughterhouse I was running on adrenaline but otherwise felt more or less numb. There had been a momentary eerie silence each time one of the trucks reemerged from Farmer John’s totally empty. In these moments I was aware of pushing down a queasy feeling. But it wasn’t until the next day, when I realized that all several thousand pigs we had watched come through and given water to had already been killed to make room for the next day’s transport, that it really hit me. Sadness, hopelessness, nausea.

Also, the next day I could barely swallow because of a sore throat. I went to the doctor and was told I was having an allergic reaction. The air surrounding Farmer John’s slaughterhouse for several blocks is heavy and putrid. When I returned to Farmer John a few weeks later for another LA Animal Save vigil, I popped a Claritin-D 24 right after. This lessened but did not eliminate the next resulting sore throat.

Despite my sore throat, the night after my first visit to Farmer John, my husband and I went to one of our favorite restaurants, My Vegan in Pasadena. I had my usual, the aptly named R.I.P.P. (Rest in Peace, Porky).

I started writing this post a while ago and just remembered I needed to finish it the other day when the hosts of one of my favorite podcasts, “My Favorite Murder,” were joking about Dodger Dogs.

The Effects of Factory Farming on Humans

The Effects of Factory Farming on the Environment 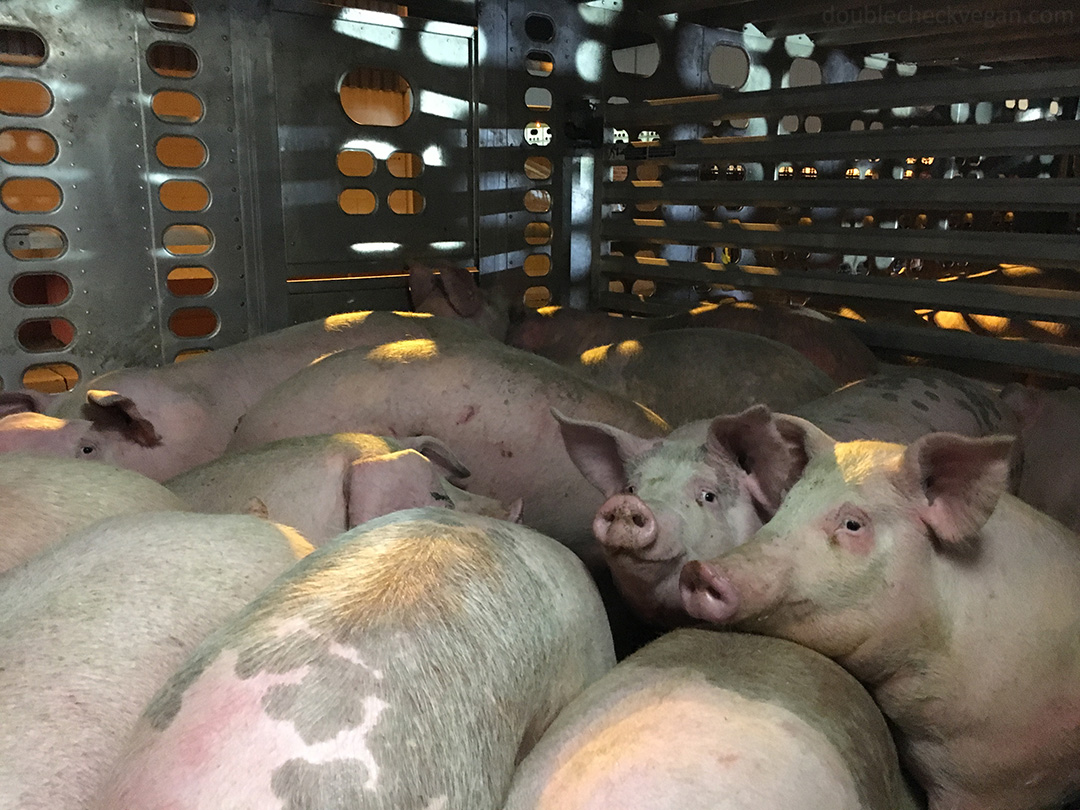 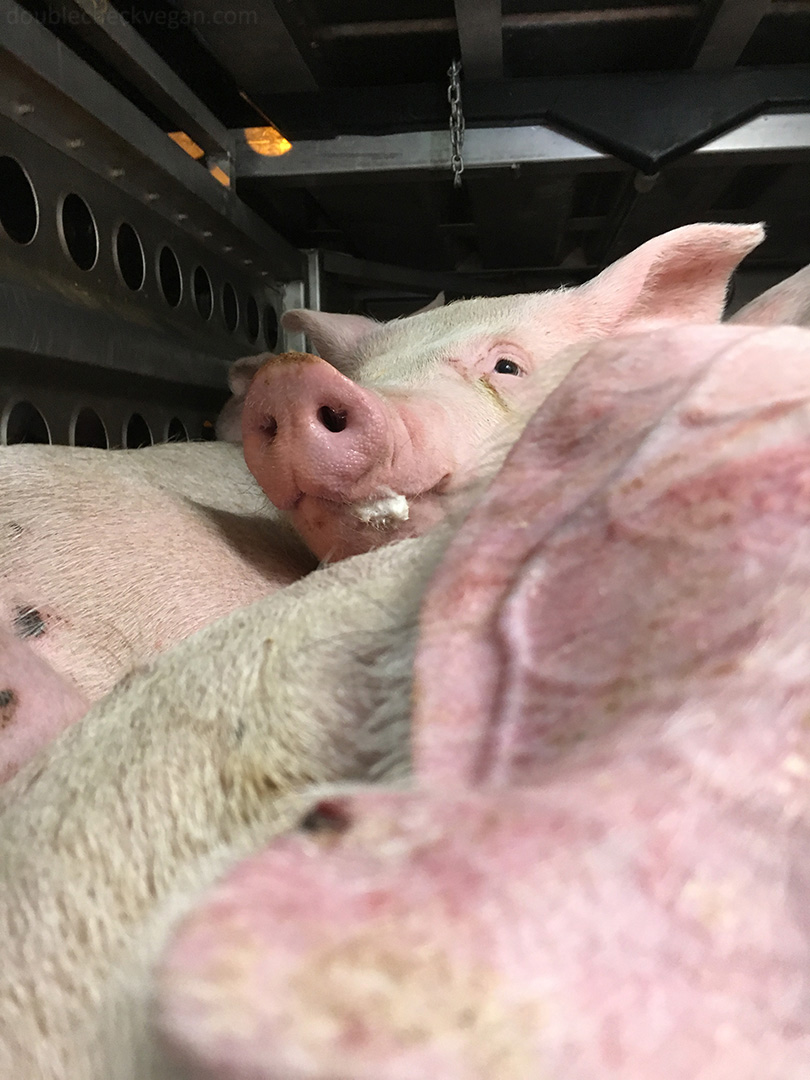