Most Gummy Bears Aren’t Even Vegetarian 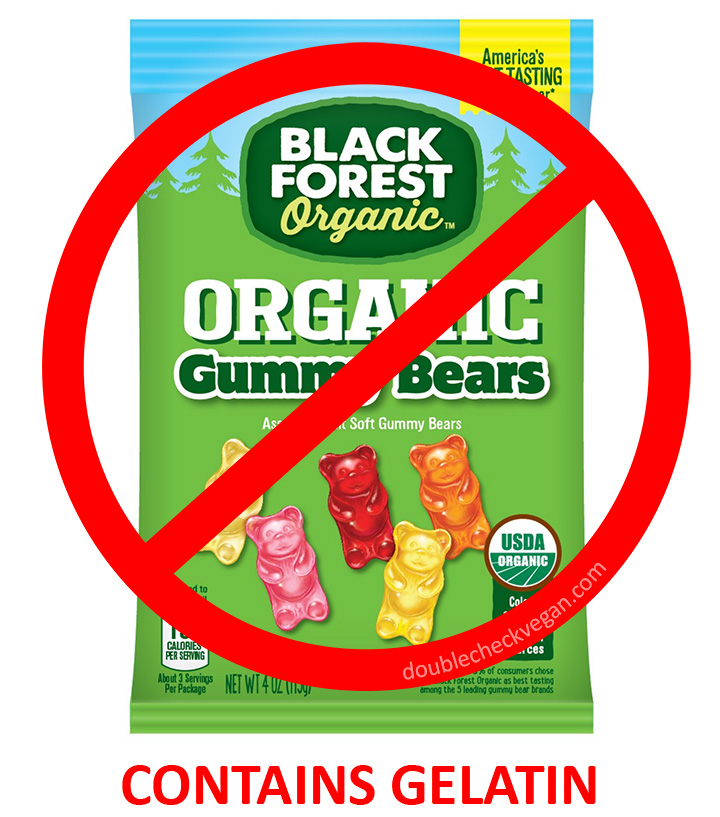 Most gummy bears contain gelatin made from the cartilage, bones, hooves, or skin of slaughtered pigs, and sometimes other animals. In other words, most gummy bears are not vegan, vegetarian, halal, or kosher.

Fortunately there are some vegan gummy bears on the market. Here you’ll find: 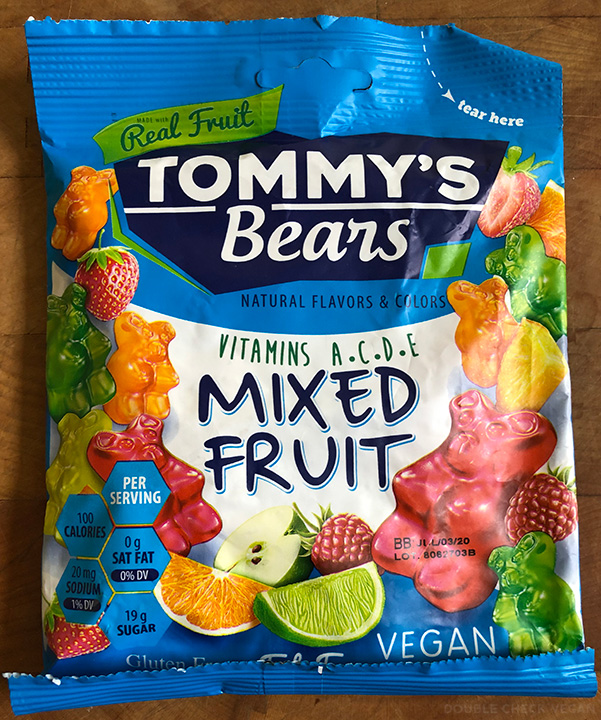 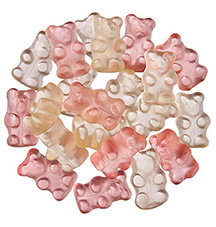 Sprouts is a supermarket chain in the United States, and they now have vegan gummy bears under their own brand name. Please note that Sprouts also sells non-vegan gummi bears. The vegan ones say “vegan” right on the front of the package in big letters.

Make Your Own Vegan Gummy Bears and more …

Going to be in Simbach am Inn, the German Bavarian town just across the Inn river from Austria? 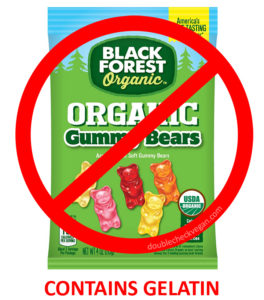 Haribo Gold-Bears – NOT VEGETARIAN OR VEGAN 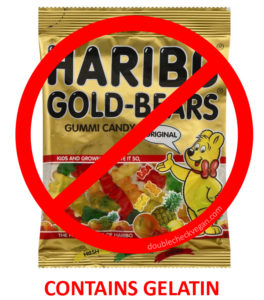 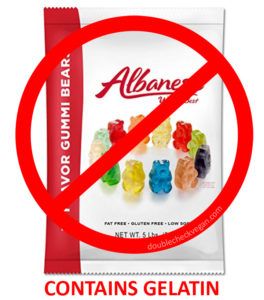 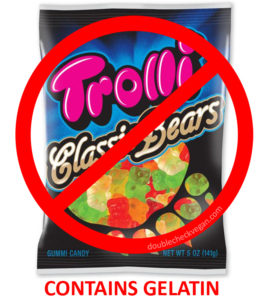 So, let’s fill the world with vegan gummy bears! Not really, I mean, they’re not great for you no matter what with all that added sugar. But I’d like to have some on occasion.